Originally named Bank One Ballpark, Chase Field is the first stadium in major league history to feature the retractable roof, grass playing field and air-conditioning combination. The stadium's most notable feature is its retractable roof from Birdair. The nine million pound roof is comprised of two halves of PTFE architectural fabric membrane that are opened and closed by four miles of cable. The two halves are made up of three trusses and can be opened in just four minutes (due to the structure's light weight), costing the Diamondbacks only $2 each time the roof is opened or closed.

Technically, the roof does not seal; the two halves fit on top of each other leaving enough space for air to allow ventilation into the stadium. The PTFE fabric membrane is capable of withstanding temperatures up to 450 degrees Fahrenheit, perfect for the hot Arizona climate. 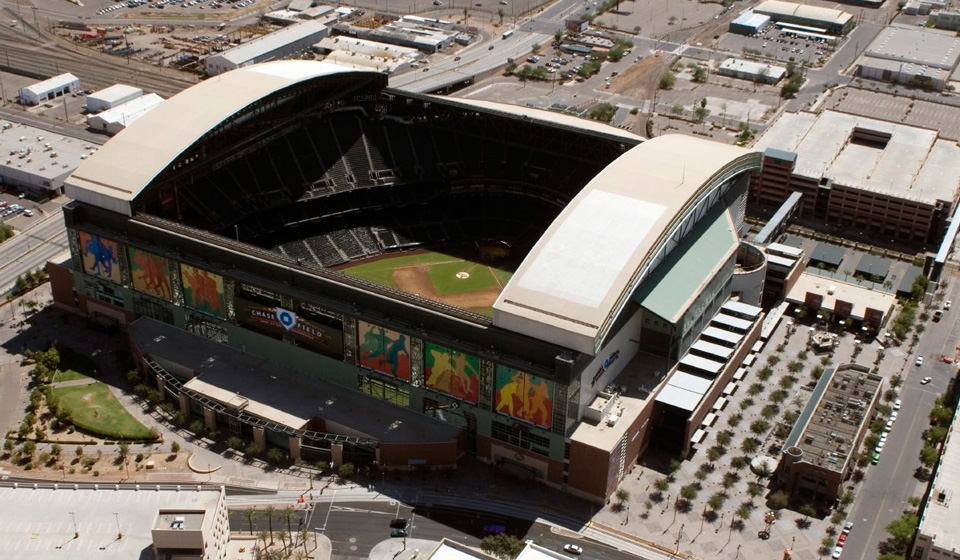 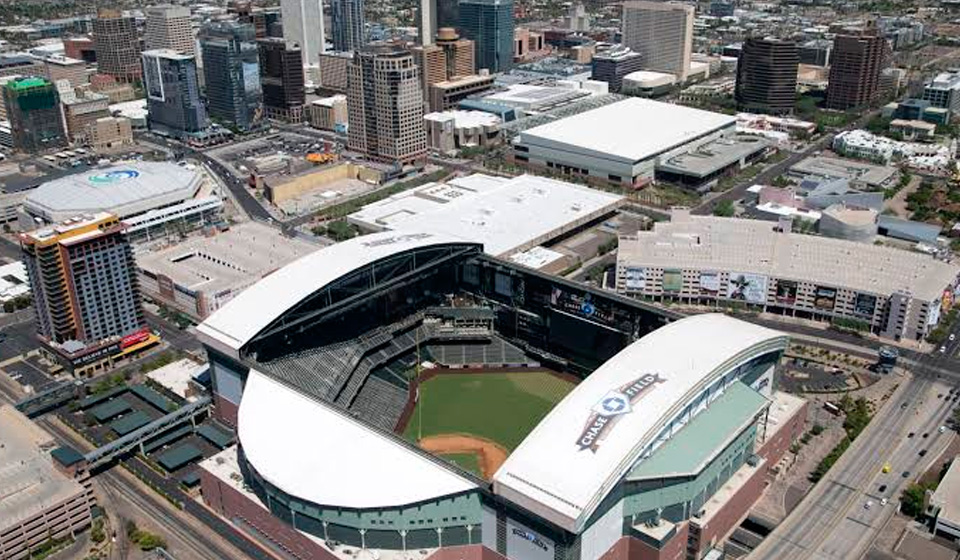 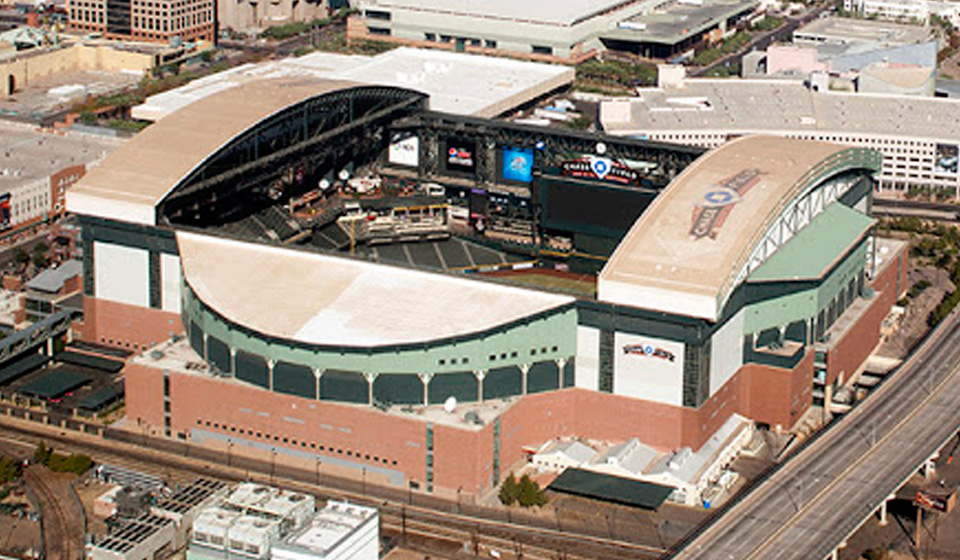