For the first time in nearly 30 years, the San Diego skyline is very, very different. The San Diego Convention Center's iconic Sails Pavilion roof, with its bright white peaks that are visible from the air, land and bay, were taken down in order to be replaced with a brand new PTFE tensile membrane structure. The white sails roof atop the 90,000 square foot exhibit space is part of what has made the San Diego Convention Center one of the most recognizable venues, worldwide.

The Sails Pavilion was originally constructed as part of the "phase one" convention center which opened in November 1989. It was the largest column-free special events space in North America and started as an "open space" with no windows. In 1997, a customer advisory board recommended the enhancement and enclosure of the space to give meeting planners greater flexibility while retaining the natural light and "open feel." Glass walls and arches were added, held in place by 20 structural towers and 1,000 high-tensile stainless steel rods (the same used in yacht rigging) to hold the fabric in place. An infill also covered the openings in the roof, known as "weather flies"

With the renovation beginning in August of 2017, Birdair started with the removal of the existing PTFE fabric roof, followed by the removal of the existing cable systems and steel finishing up by late October 2017. By the following month, Birdair began reinstalling the new cables and structural steel. The 10 masts were hoisted entirely on the interior without any cranes but using mechanical winching systems. This cut down on noise and prevented long term shut down of local roads. By the end of November 2017, Birdair started installation of the new PTFE fabric membrane roof with final completion by the beginning of February 2018. The newly retrofitted convention center roof features state-of-the-art LED colored lighting, illuminating the city's skyline continuing it's signature and most distinguished feature to the bay area. 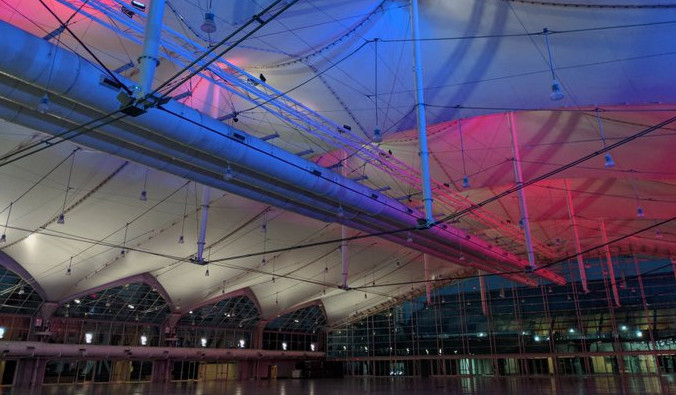 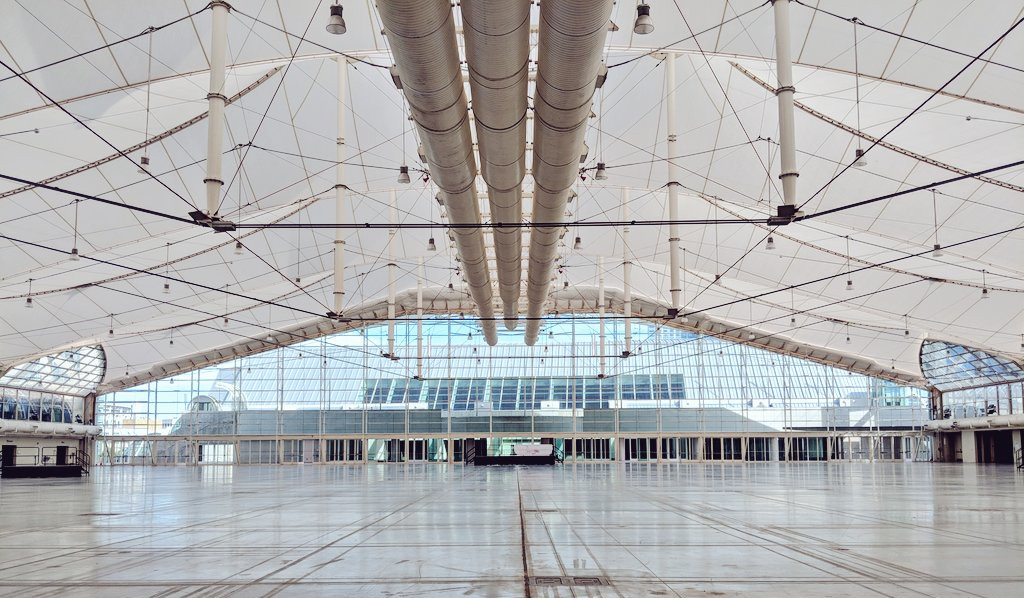 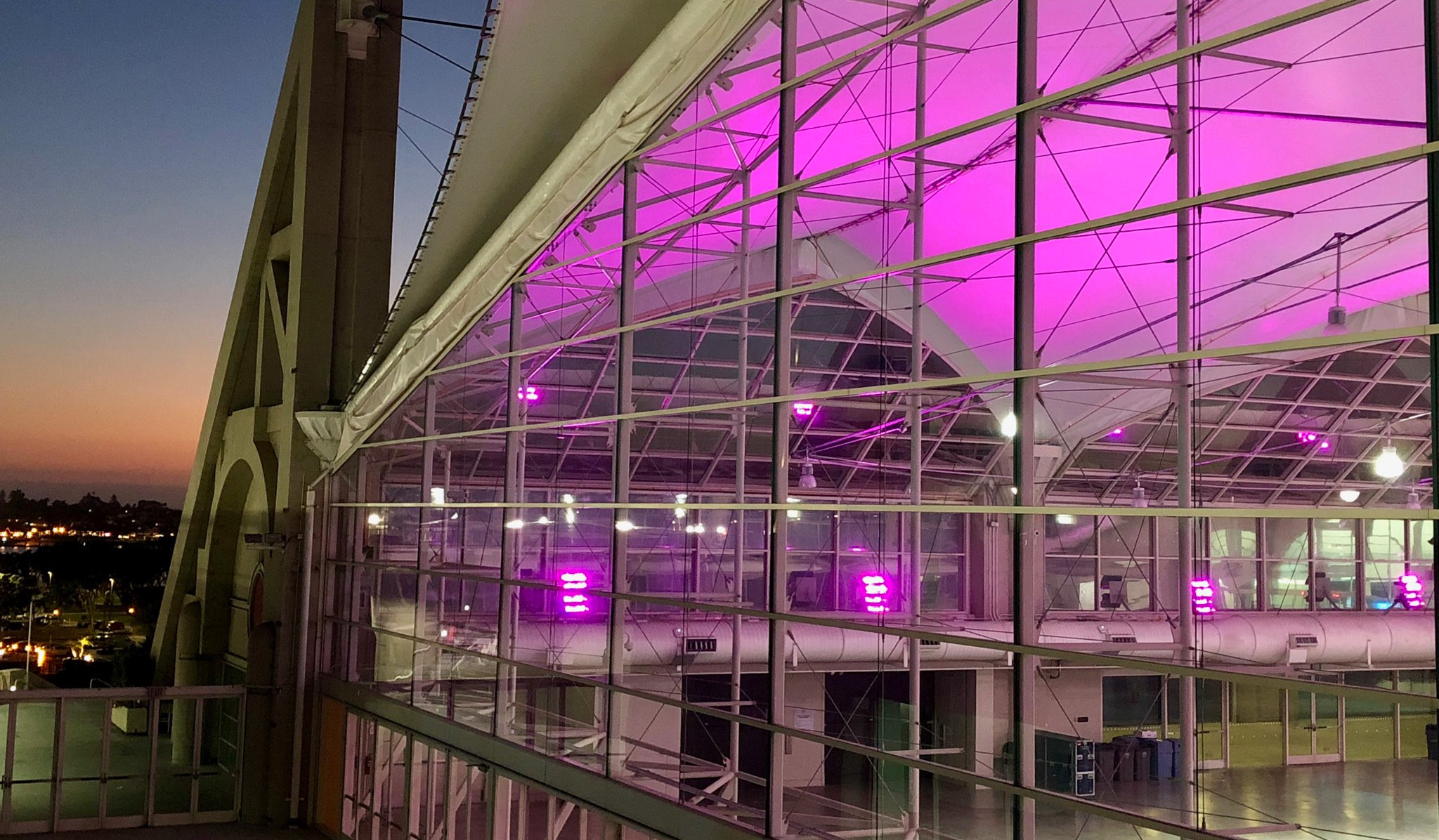 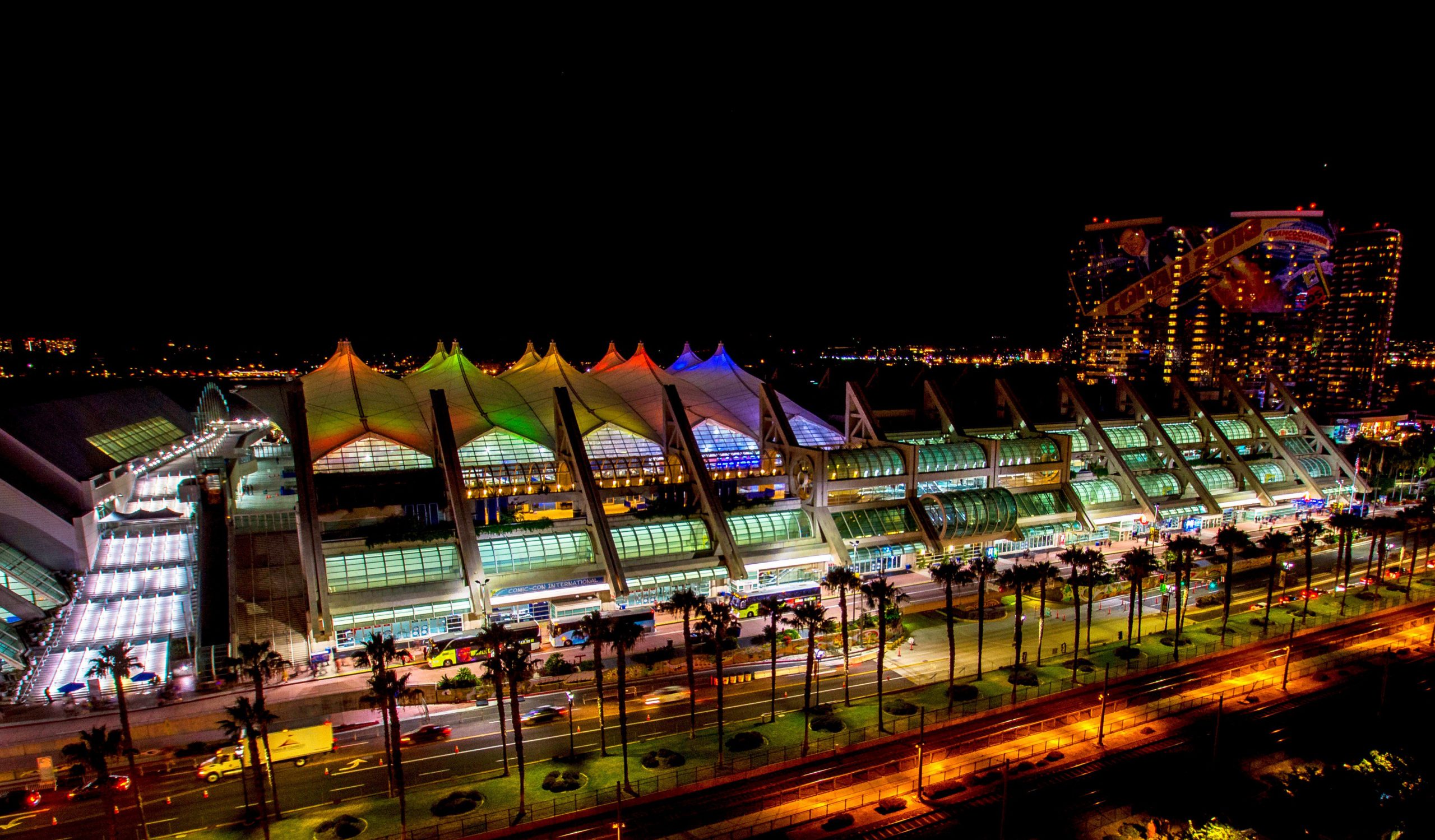 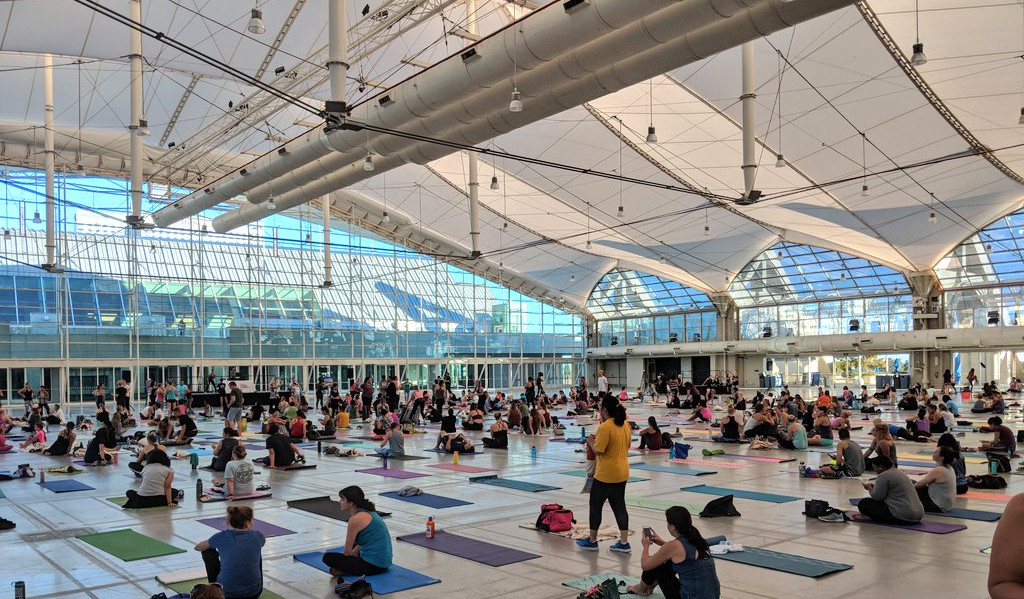 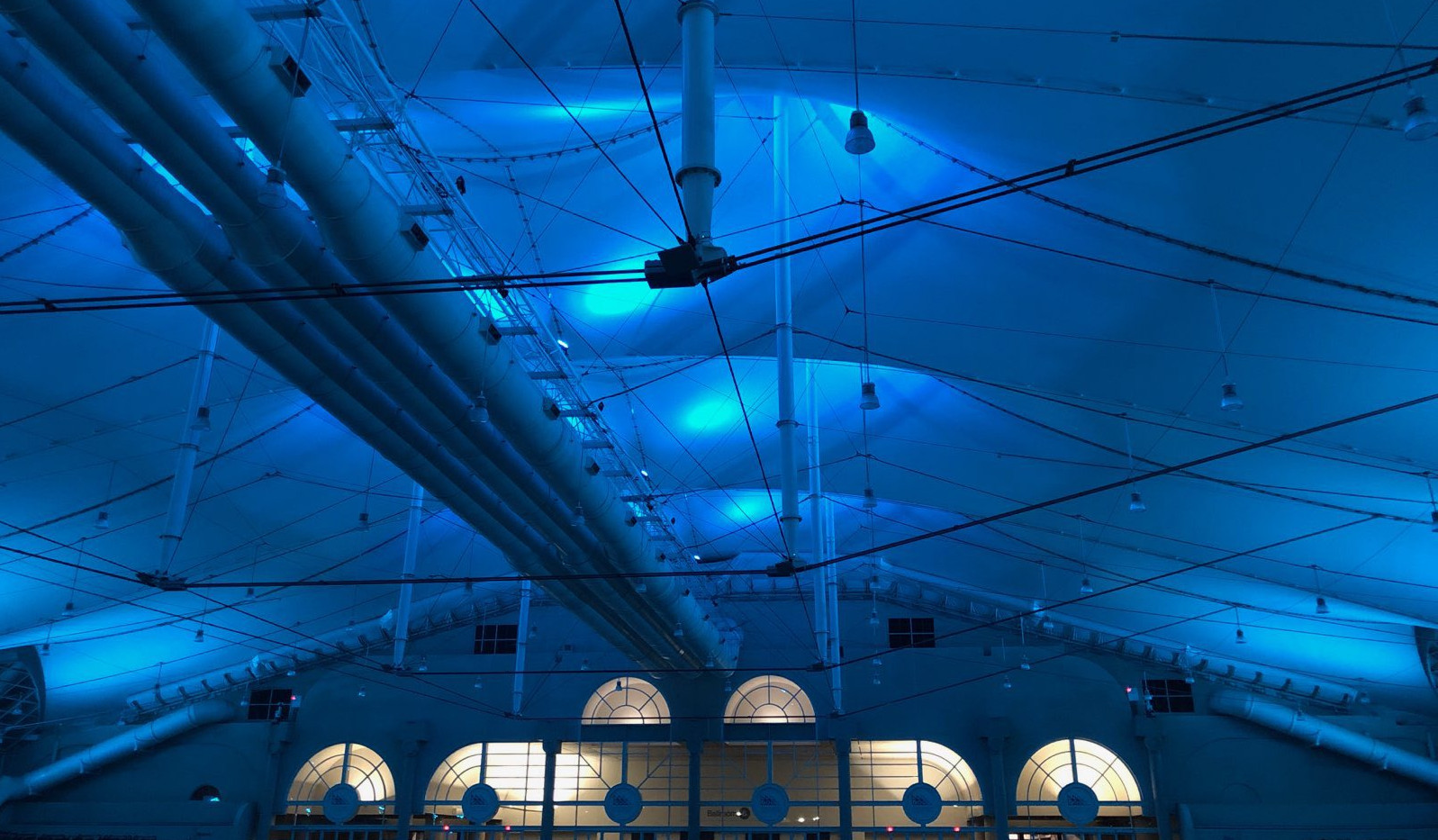