The O2, located in Greenwich, U.K., currently ranks as the largest single-roofed, dome structure in the world.

Originally known as The Millennium Dome, it was constructed to contain an exhibition celebrating the beginning of the third millennium in 2001. The structure, which sits on the Meridian Line (The Prime Meridian of the World) along the Greenwich peninsula, is now a 20,000 seat arena which will play host to gymnastics and basketball competition during the 2012 Olympic Games.

Protruding from the dome are twelve 100-meter towers representing the total months of the year. Similarly, the circumference of the Millennium Dome is 365 meters in diameter, one meter for each day of the year. As large as the canopy appears, it actually weighs less than the air contained within the building.

After the 12 structural steel masts (312 feet tall) and extensive cable net were erected, access gantries were created for commencement of fabric installation. Two construction crews were organized to begin installation of the PTFE fabric membrane panel at the upper cable rings. The durable and weather-resistant material was then unfurled and laid out across a rope cable net for tensioning to radial cable connectors. All told, the roof consists of approximately 617,800 square feet of exterior membrane and interior liner and was installed in 12 weeks. As a testament to the strength of Birdair’s steel structure capabilities, it can hold 55 tons of equipment suspended from the roof. 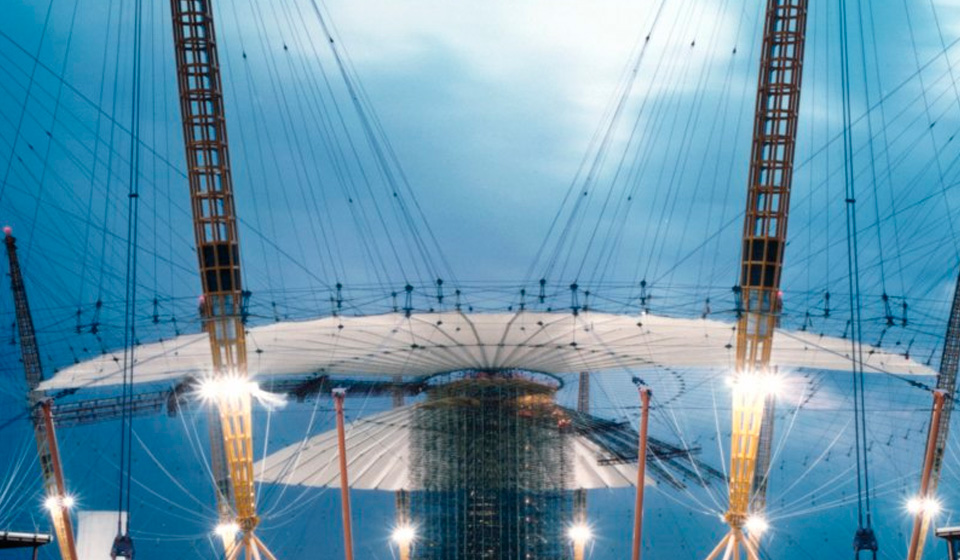 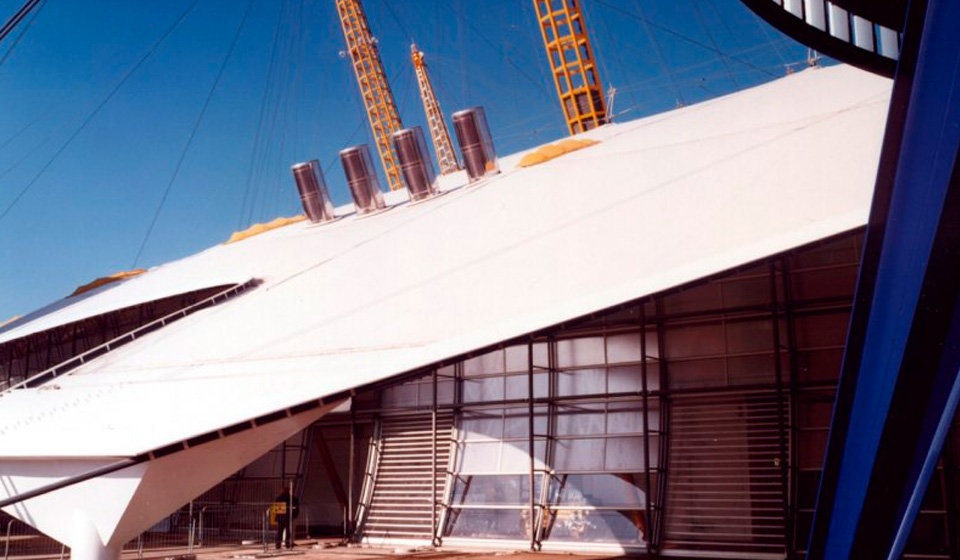 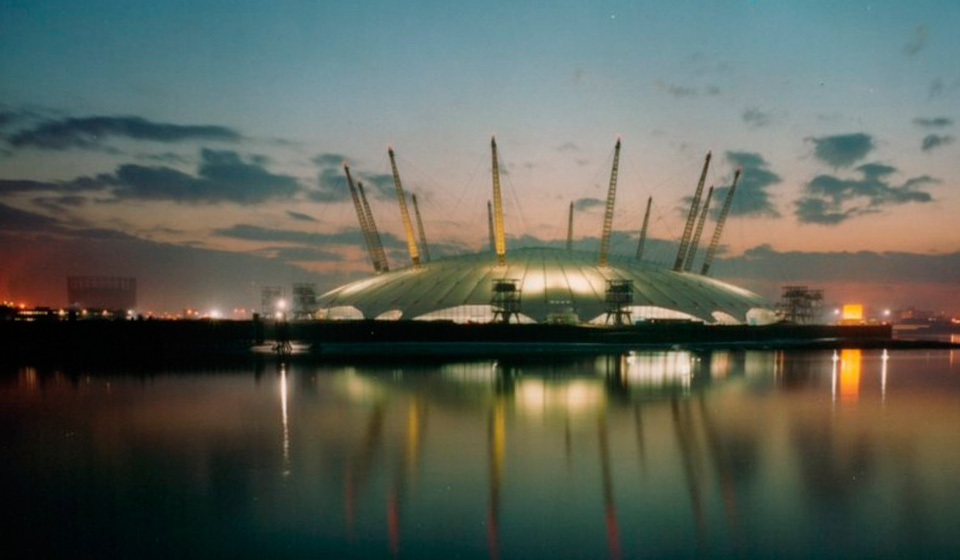 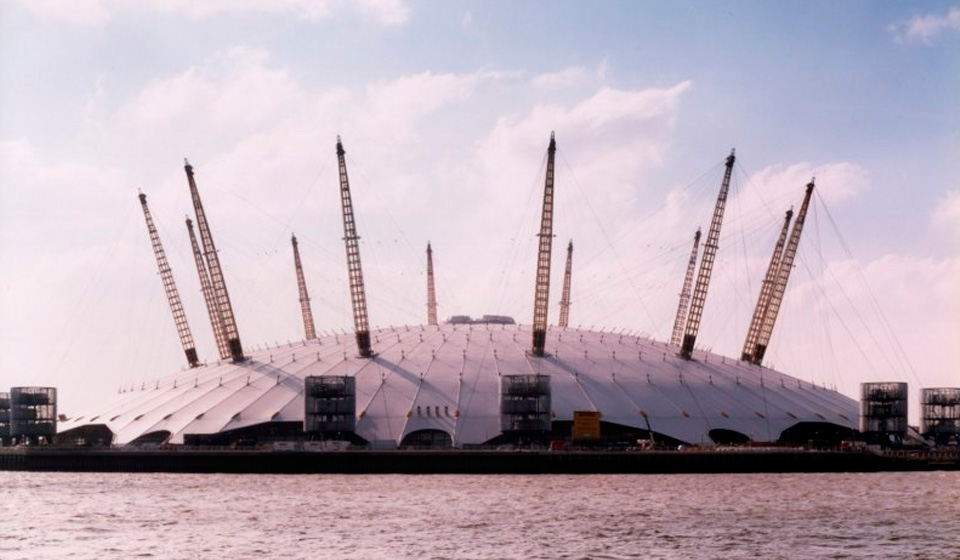