After more than a decade of playing in the Cardinal Track and Soccer Stadium, the University of Louisville men’s and women’s soccer teams have moved into the largest collegiate soccer venue in the country, sporting a Birdair 24,000-square-foot PTFE fiberglass canopy roof over the grandstands.

Athletic programs, particularly soccer, at the University of Louisville have enjoyed a lot of success, paving the way for a new, $18.5 million dollar facility. However, the facility would not have been possible without a generous $5 million gift from Dr. Mark and Cindy Lynn.

This state-of-the-art soccer stadium, named the Dr. Mark and Cindy Lynn Stadium, will feature natural grass and seating for over 5,300 people: The natural turf field will be surrounded by chair-back seating for 2,300 in the main grandstand, bleacher seating for 900 in the east end zone and two berms, which can accommodate 2,100. Soccer-fans sitting in the grandstands will be protected from sun-overexposure or rain by Birdair’s expansive, weather-resistant roof.

The Lynn Stadium is the second-largest on-campus facility project the Cardinals have built, the first being Papa John's Cardinal Stadium and its subsequent expansion.

The Estopinal Group and Abel Construction tapped Birdair for their design and installation expertise as well as their unique PTFE membrane roof. PTFE, or polytetrafluoroethylene, is a Teflon®-coated woven fiberglass membrane that is extremely durable and weather resistant. PTFE fiberglass membranes can be installed in climates ranging from the frigid arctic to the scorching desert heat with a project life in some cases exceeding 30 years. PTFE fiberglass coating is chemically inert, and the low-surface free energy of the material results in an electrical grade fabric membrane which is readily rinsed by rainwater. It is also completely immune to UV radiation. This unique combination of inertness, thermal stability and surface properties make Birdair’s PTFE-coated fabric membrane ideal for projects requiring superior weather and fire resistance. 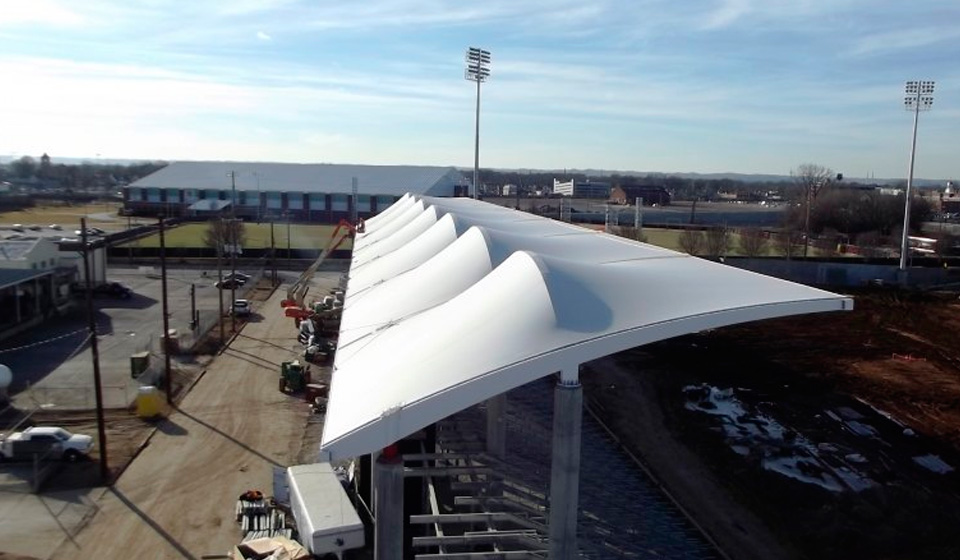 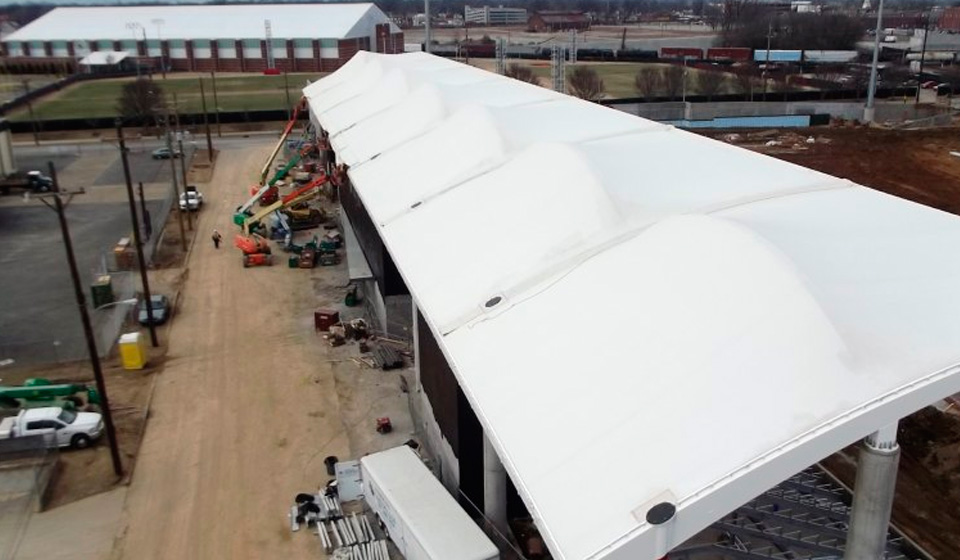 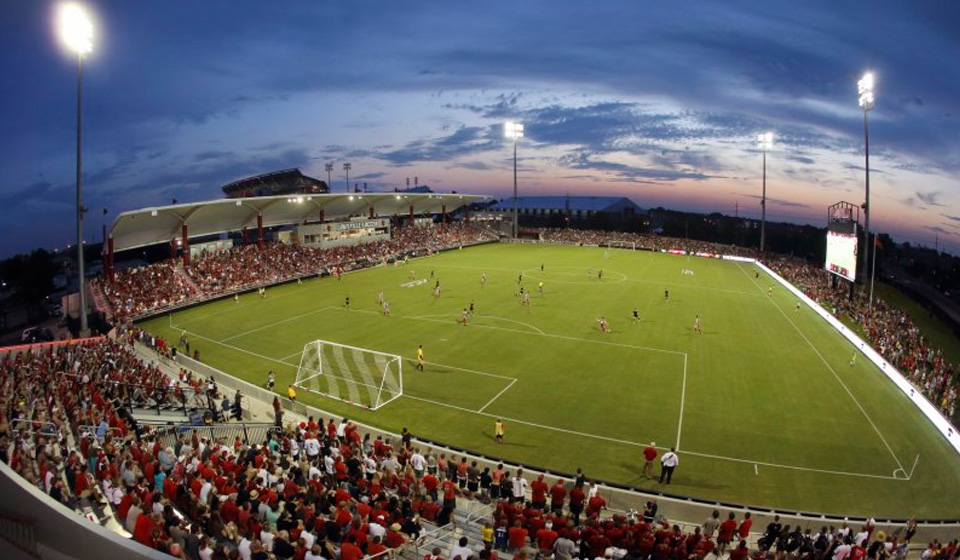 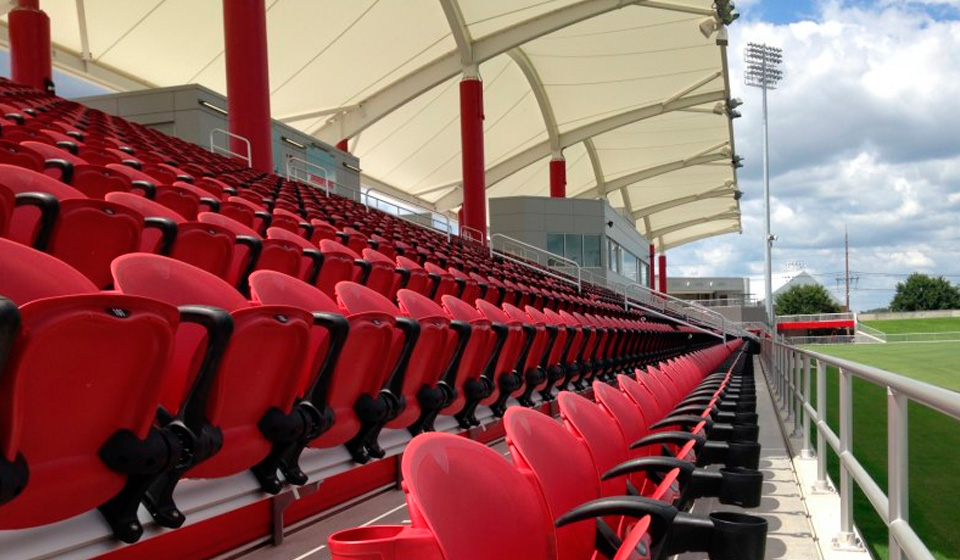 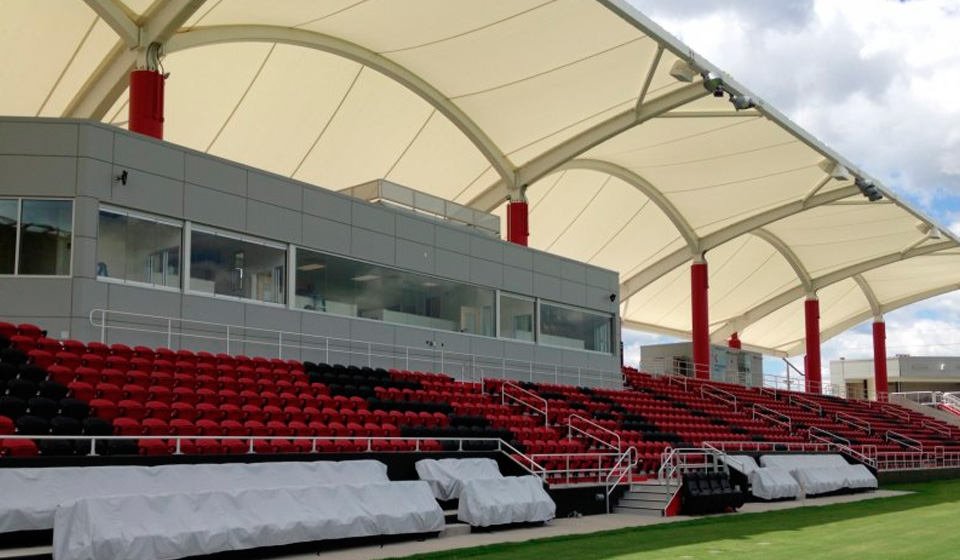