Two years and one engineering feat later, Birdair’s work for the Denver International Airport is completed, leaving behind a stunning and iconic tensile membrane roof for travelers to enjoy for years to come.

Every day engineers are faced with problems to solve, but few as challenging as what they encountered at the Denver International Airport (DIA), one of the busiest airports in the United States. The engineers on DIA’s Hotel and Transit Center (HTC) program encountered a dilemma that had to be resolved before construction could begin. In providing an answer, they achieved an engineering “first.”

Before work on the HTC could begin, roof tension-cable anchors at the Jeppesen Terminal’s south end had to be removed. However, the roof needed to be held stable for almost two years until the anchors could be reestablished on a plaza that would be built between the terminal and a new hotel. Ten cables and anchors plus two masts held up the terminal’s roof for two decades. Removing the cables’ support anchors and their concrete foundations and also keeping the terminal’s roof in place and under tension was a major obstacle to completing the HTC.

Architects needed to solve the challenge of how to construct a terminal roof with a modicum of structural steel on a tight schedule and in a manner that would allow the original terminal roof to remain in place under tension and not interfere with the new construction. Parsons Transportation Group engineers, together with representatives from Severud, Birdair, and Mortenson–Hunt–Saunders Tri-Venture created a unique engineering solution. They erected two massive metal shoring towers on the terminal’s south side. These towers successfully held the roof down and held the masts in place. Birdair contributed to developing this solution and in addition, fabricated and installed the new, aesthetically pleasing, iconic PTFE membrane roof at the South wall of the terminal.

“Due to the roof’s large surface area, the process of switching the cable loads over to the towers was a carefully engineered procedure,” says Joseph Gray, Senior Project Manager for Birdair. “Every step was closely monitored and verified by the engineering and construction teams to ensure the project was successful.”

Standing approximately 100-feet tall with bases nearly 30 feet square, each tower was built with 200 tons of steel. It took crews six months to excavate down 30 feet to the project’s final grade, install the tower foundations, construct the towers, and transfer the 215,000-pound roof loads from the cables, anchors and masts, to the two towers.

This feat and Birdair’s iconic PTFE roof were part of the South Terminal Redevelopment Project (STRP) that aimed to reinvent the way DIA connects to the city by providing travelers easier access to downtown Denver. The STRP is a program targeted at developing major hospitality and transportation amenities.

Completed in 1994, the Elrey Jeppesen Terminal at Denver’s International Airport pays homage to the region’s iconic Rocky Mountains while effectively serving nearly 53 million travelers who pass through it annually.

Upon completion of this project renovation, Birdair installed new roof anchors, transferred the loads to new foundations and removed the temporary shoring towers. Two years and one engineering feat later, Birdair’s work for the Denver International Airport is completed, leaving behind a stunning and iconic tensile membrane roof for travelers to enjoy for years to come.

Teflon® is a registered trademark of E. I. Du Pont De Nemours and Company, Delaware. 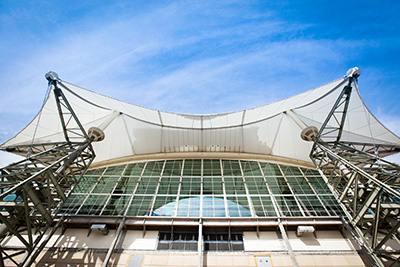 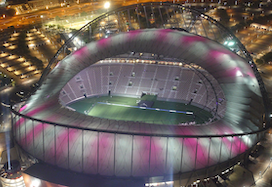 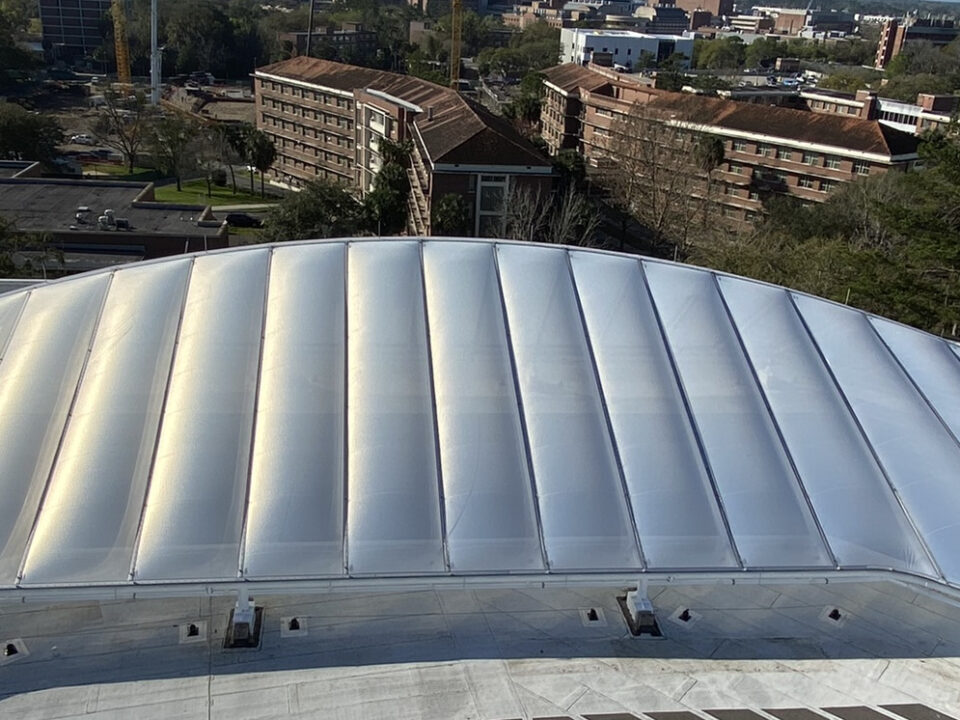 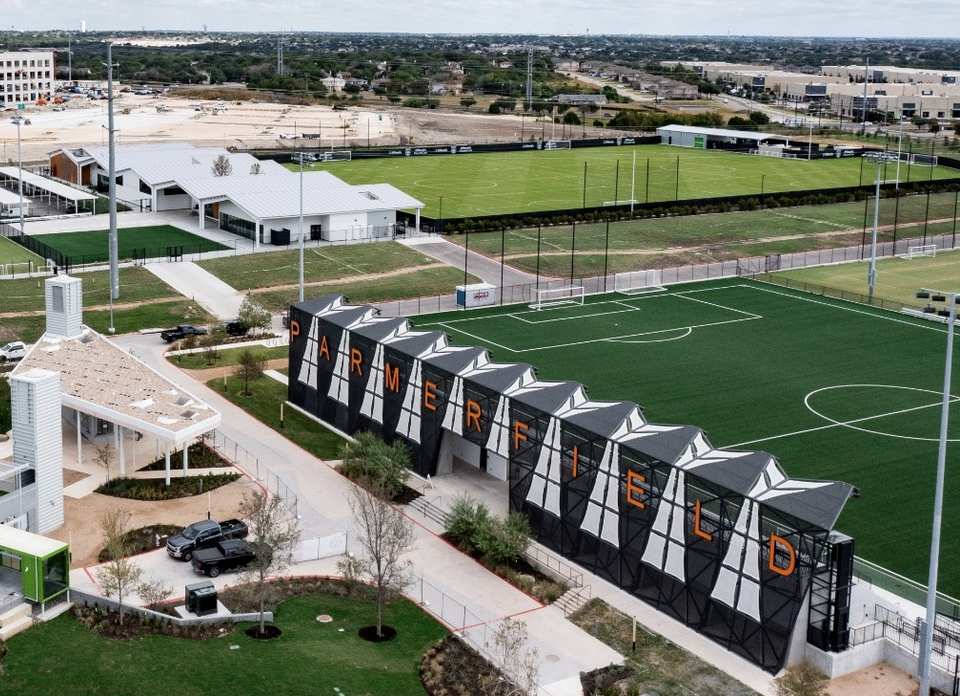